Disoriented, we wait for a change of direction
In the daily chart of the ETF for the S&P 500 (SPY), let’s take a closer look at the candle from January 3rd, the first trading day this year. We now recognize something in this candle that is relatively rare. This candle forms both a lower high and a higher low. According to Dow theory, a higher low is generally bullish and a lower high is generally bearish. If we see both patterns gathered in a candlestick on a trading day, this is a sign of disorientation in the market. For options traders, such a pattern represents an opportunity for a long straddle. Now a breakout above the lower high or below the higher low is to be expected. Depending on which movement the market decides to make shortly, we should assume that this movement will then determine the trend direction for a few days. Because in both cases, the high or low point of the candle would turn out to be a false signal. And if market participants are caught on the wrong foot, they often go along with the change of direction and thus reinforce it.

At salesforce.com, the realization quickly became clear that in the current environment, staff reductions are tantamount to an “a priori profit warning”. When Amazon (AMZN) yesterday reported a staff reduction that was higher than previously stated by the company, the stock rose slightly pre-IPO, but only to be punished for this decision with the opening of trading.

Let’s now take a closer look at what was announced on Thursday pre-market at Silvergate Capital via the conference call and what then led to a halving of the share price within a few minutes.
Silvergate Capital (SI) announced that customers have withdrawn $8.1 billion in deposits from the bank. To put it more precisely, $11.9 billion at the end of September shrank to $3.8 billion on December 31. This forced the regional bank, which focuses on the transfer of crypto currencies, to sell assets. In addition, management also announced in the conference call that approximately 150 million remaining deposits come from customers who have since filed for bankruptcy.

As a result, the stock lost about 50% of its value shortly after opening on Thursday, after the stock rose about 27% on Thursday. On Wednesday, investors saw positively that the transaction volume on the in-house platform SEN (Silvergate Exchange Network) has not declined as a result of the FTX disaster. For the time being, this created confidence in the functioning of cryptocurrencies as a means of transfer.

The Silvergate Exchange Network platform acts as a kind of exchange for the exchanges, bringing together a network of trading partners on one platform. Thus, Silvergate Capital earns money as a shovel seller in the crypto environment, without having to take the price risks associated with an investment in crypto currencies. In a functioning crypto world, this is actually a license to make money stress-free. 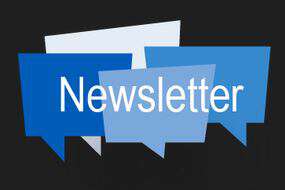